Do foxes frequent your farm or have they moved close to your home? Mid-Atlantic Wildlife Control offers live-capture trapping and exclusion services for all of your invasive fox problems. Our fox removal services have safely removed foxes from homes in Howard County, Montgomery County, Anne Arundel County, and many other locations in Maryland. Our experienced technicians have traveled all over the mid-Atlantic region, from Annapolis to Rockville and Potomac, to help homeowners and farmers promptly resolve their nuisance fox issues. 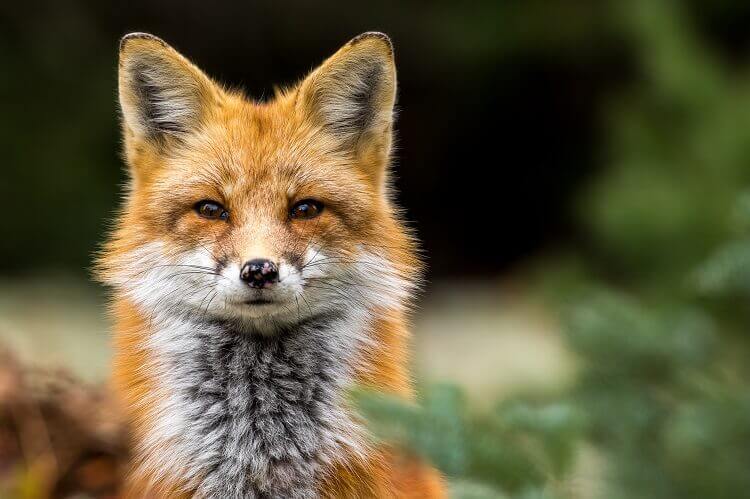 Do foxes frequent your farm or have they moved close to your home? Mid-Atlantic Wildlife Control offers live-capture trapping and exclusion services for all of your invasive fox problems. Our fox removal services have safely removed foxes from homes in Howard County, Montgomery County, Anne Arundel County, and many other locations in Maryland. Our experienced technicians have traveled all over the mid-Atlantic region, from Annapolis to Rockville and Potomac, to help homeowners and farmers promptly resolve their nuisance fox issues.

Service in Maryland,
Pennsylvania and Virginia

How We Solve Your Maryland Fox Problems

To resolve existing invasive fox issues, our technicians will set traps to trap and remove the nuisance animals humanely. We also offer exclusion barriers to prevent foxes from denning under decks, crawlspaces, and sheds. When it comes to protecting your livestock, we can install fox-proof poultry fences to protect your chickens, turkeys, or ducks. Once the foxes are removed and your chickens are safe, we will clean up the fox latrine (their litter box). Fox feces can be full of tapeworm and roundworm eggs and larva, which pets and humans may contract.

HOW MID-ATLANTIC HELPS OUR CUSTOMERS

“The technician that you sent to my house did an inspection and discovered that it was a fox living under my deck and not a groundhog. He also set humane traps and caught the fox that night. Wonderful job! Now I can let my toy poodle out in the yard to do his business. Thank you.”
–William Snow, Bethesda, MD

Whether you have three chickens or three dozen, you don’t want them to become a meal for a fox. But clever and sneaky as they are, foxes often manage to break into chicken coops and steal your poultry. If your chickens start disappearing, call your local Maryland fox removal service. We can safely and humanely remove the invasive fox, as well as protect your livestock from any future attacks.

Fox Under the Porch

It is common for the red fox to den under decks, porches and in crawlspaces. The animal will feed on pet food and garbage, as well as small household pets like cats and kittens allowed to roam freely outside.

The fox living under your porch is likely a mother with her young, and since male foxes tend to participate in the rearing of young, you could have an entire fox family under there. Once the young are old enough, the foxes will move out on their own, but the question is, can you wait that long? Such close proximity to wildlife may put your pets and children in danger of being bitten or contracting a parasite. Not to mention the horrible smell from the fox’s droppings that can get overwhelming in the hot summer months. If you choose not to wait till foxes leave, contact us for fox removal in Maryland.

The red fox is the most common fox species in North America. They inhabit agricultural farms, woodlands, rural areas, as well as suburban and urban communities throughout the mid-Atlantic region. The red fox is a very intelligent species and has adapted well to human surroundings, including big cities such as Baltimore and Washington DC. They feed on insects, frogs, snakes, birds, eggs, mice, rats, squirrels, berries, carcasses, and pet food. In urban areas, they have learned to scavenge through trash and will even feed on cats and kittens that are not capable of defending themselves.

The red fox weighs around 7.7 to 15.4 pounds and looks similar to a dog. Their muzzle is elongated with a black nose positioned at the very tip. They have pointy ears that are always erect to detect predators. The red fox has long, slender legs with short blackish fur. The body is heavily coated with thick, soft orange-red fur and a bushy tail with a white tip. Their chest and underbelly have shorter white fur.

The red fox mates from January to April. The females have two den sites just in case one den is disturbed. Females will give birth to 1 to 10 young. Males will stay with the females year after year and will bring food to the mother and young. At about one month old, the young feed on regular food that is caught by the mother or father. At four months old, the young foxes will begin hunting for their own food under the watchful eye of their mother. The young will leave the den to find their own territory when they are around seven months old.

The gray fox is a very solitary species and is much smaller than the red fox. They’re in the Mid-Atlantic region and live close to agricultural areas, woodlands, and suburban communities. However, gray foxes are rarely seen in urban communities, unlike the red fox. Their diet consists of a large variety of foods, including mice, rabbits, insects, berries, and some plants. They climb trees and feed on birds, eggs, and squirrels.

The gray fox has a thick gray fur coat peppered with brownish and blackish fur on the tips. It will den in rock crevices, hollow trees, and will occasionally enlarge a groundhog hole to use as a den. They mate from January to April. The female is pregnant for about 53 days and gives birth to 1-7 young. The male gray fox stays with the female and helps feed the young until they are capable of hunting on their own (around four months old). The young will leave the den in the fall in search of their own territory.

Are you experiencing problems with Foxes on your property? Get help now by contacting Mid-Atlantic Wildlife Control at (443) 417-3137