A dead animal inside your home is the source of awful smells and, in general, is an unpleasant and unsanitary experience. When it comes to Maryland dead animal removal services, you can always rely on Mid-Atlantic Wildlife Control for quick response times and swift resolution. We’ve removed dead animals from homes in Anne Arundel County, Howard County, Montgomery County and many other locations throughout the Mid-Atlantic region. Whether it’s dead animal removal in Ellicott City, Columbia, Bethesda or Annapolis, just give us a call and we’ll be there to help you. Click here for information about Maryland dead deer removal. 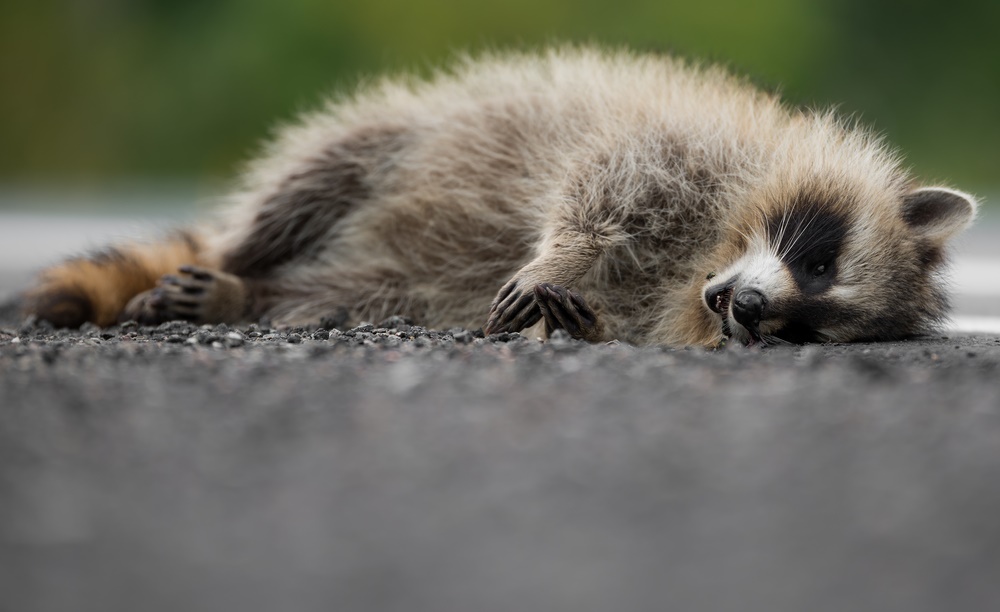 A dead animal inside your home is the source of awful smells and, in general, is an unpleasant and unsanitary experience. When it comes to Maryland dead animal removal services, you can always rely on Mid-Atlantic Wildlife Control for quick response times and swift resolution. We’ve removed dead animals from homes in Anne Arundel County, Howard County, Montgomery County and many other locations throughout the Mid-Atlantic region. Whether it’s dead animal removal in Ellicott City, Columbia, Bethesda or Annapolis, just give us a call and we’ll be there to help you. Click here for information about Maryland dead deer removal.

Service in Maryland,
Pennsylvania and Virginia

Don’t tackle a dead animal yourself—trust the pros to do the job safely and thoroughly.

A dead animal introduces serious risks to your household. Carcasses often carry diseases, many of which are potentially fatal to pets and people alike. Wildlife carries parasites, to boot. Deer flies and ticks can carry tularemia from carcass to person, and leptospirosis is even more dangerous, causing kidney failure and death when left untreated. Dead animal removal thus needs to be handled with the utmost care. Animals tend to crawl into hard-to-reach places to die, so removal often requires creative problem-solving skills.

Once the carcass has been moved, the area needs to be carefully disinfected. Any lingering odor will also be removed. Of course, not all carcasses are tiny enough to snuggle into your roof or gutter. Deer and other large animals demand specialized handling by wildlife control pros. That’s Mid-Atlantic Wildlife Control. We have experience with the control of live and dead creatures alike. Since every dead animal might be accompanied by 20 live ones, this becomes an important part of the removal process.

How We Can Help With Dead Animal Removal

Responsible removal is a bigger job than you’d think.

Dead animal removal can be a simple job or it could turn into a complicated process. It all depends on how big the animal is, where it died and how long ago. The few common reasons an animal can die inside your house is when it gets stuck or perishes from natural causes. In both cases, it’s not uncommon for animals to crawl into hard-to-reach-places.

Here is what we can do:

Big or small, we’ll deal with them all.

Mid-Atlantic Wildlife Control has in-depth experience with the removal of everything from snakes and bats to opossums and foxes. Every creature has its own favorite hiding place, behavior, and health profile. Raccoons are clever creatures who make quick work of fences and walls. Bats prefer to roost in groups, and rodents find their way into the toughest and narrowest of places. They’re quick, sly, and often infested with salmonella, so dealing with one carcass isn’t enough. You might need a more aggressive strategy that targets your entire household and yard.

Scent is one of the worst consequences of a dead animal. The smell of death is stubborn, so removal isn’t always enough. Our process targets the smell directly at the source, ensuring that no microbes have come into contact with your water supply. Only proper sanitization will do the trick. Scent can attract larger predators, so you should always deal with it as quickly as possible. Burgeoning fly and flea populations may also need to be dealt with.

HOW MID-ATLANTIC HELPS OUR CUSTOMERS

“During the inspection the technicians discovered that gray squirrels in my attic ate the mouse poison my exterminator put out. Two of the squirrels died after they ate the poison and fell in the wall of my bedroom. Your technicians were able to remove the dead squirrels by cutting a small hole in the wall.”
–Susan German, Annapolis, MD

Signs of a Dead Animal

Never ignore odd sounds behind walls—this could be a trapped animal anxious to get out.

When an animal gets stuck inside your wall, chimney or some other place, you still have time to help it out while it’s alive. If you hear loud scratching noises in the same spot throughout the day, contact Mid-Atlantic Wildlife Control immediately for Maryland animal removal. It’s better both for you and for the animal if we can get it out alive.

How Did It Get In?

Where there is a dead animal, there are often a few live ones hiding nearby.

A dead animal in your attic or crawlspace is only a part of the problem. The real question is not why it died, but how it got in. Has it been living in your house long enough to pass away peacefully? Are there others? Did it do any damage? However, no need to panic—our trained Maryland dead animal removal technicians will be able to answer all of these questions after a thorough inspection.

Once we determine the entrance point, we will seal it to prevent other animals from using it. But before we do that, we’ll make sure there are no other unwelcome guests inside your home. Many homeowners who take up the role of animal control experts often end up repairing the holes and trapping animals inside, which brings us back to square one: a dead animal in the house.

Mid-Atlantic Wildlife Control deals humanely with all aspects of carcass removal. We understand that to deal with a dead animal, you must understand its living habits. We’re a licensed wildlife control service that thinks as slyly as the creatures we manage. Call us to discuss your options at (855) 702-2455.

Are you experiencing problems with Dead Animals on your property? Get help now by contacting Mid-Atlantic Wildlife Control at (443) 417-3137